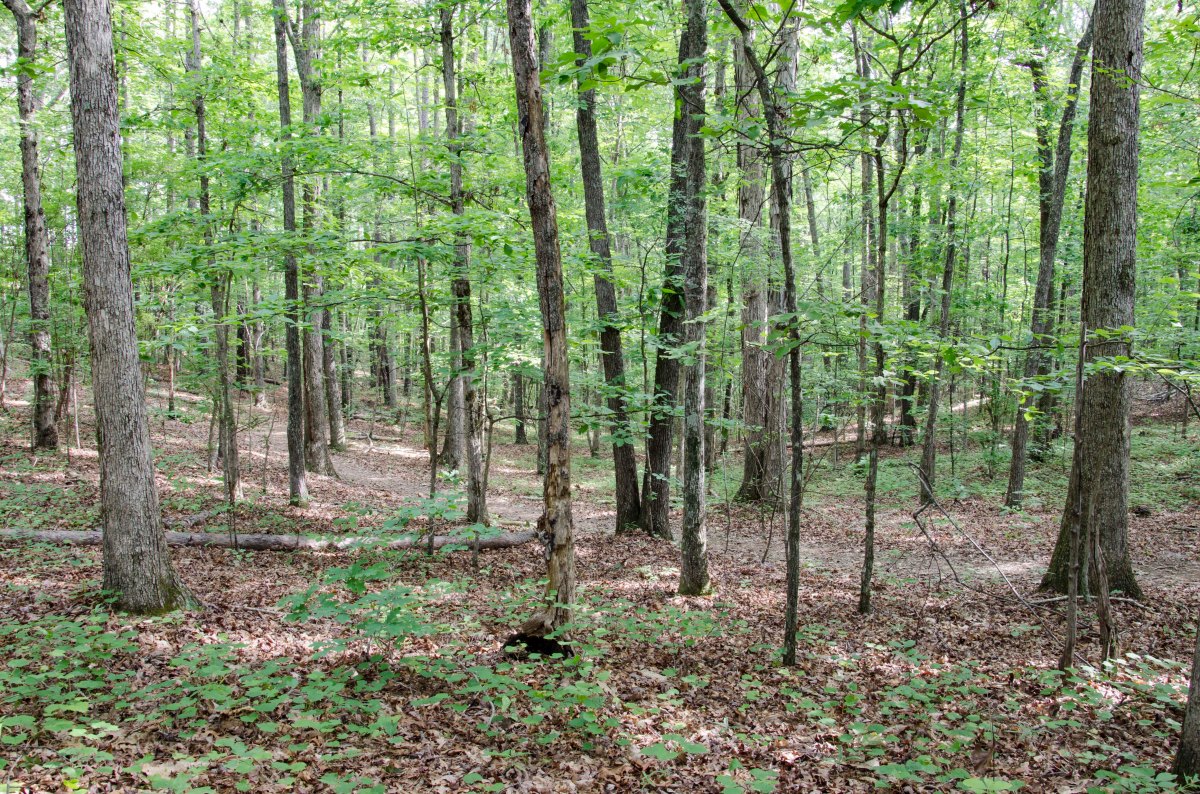 After suffering heavy losses at New Hope Church and failing to break the Confederate line, General Sherman again tries to out flank General Johnston’s Confederate Army.  Sherman orders General Howard to send Wood’s 3rd Division of the IV Corps, Johnson’s 1st Division of the XIV Corps, and McLean’s 3rd Brigade of Schofield’s XXIII Corps, on a flanking march in an easterly direction, to find the right end of the Confederate line.  They hope to find the exposed right end of the line and attack.

General Johnston figured out what the Federals were attempting, and began shifting troops from his left to the right.  He moved Hindman’s Division from the far left of Hood’s position and placed them on the far right.  This began the extension of the Confederate line to the right.  Johnston then moved General Cleburne’s Division of Hardee’s Corps to the right of Hindman.  This extended the Confederate line even further to the right. Cleburne began to dig in on a ridge line running east toward Pickett’s Mill.  This was the end of the line with the exception of Kelly’s Cavalry being used as a screen put in place beyond the end of the line.

Generals Howard and Wood began their march east to find the Confederate right as they were assigned.  The terrain was difficult at best.  It was described as jungle by some.  It is hilly with deep ravines and lots of underbrush.  After traveling some distance the made their first attempt to find the Confederate right, but as they approached the lines the realized they were approaching the rear of the Union lines.  They needed to push further east before turning again.  After moving about a mile east of this point they turned again and found what the thought was the Confederate right. They reached the area of Pickett’s Mill around mid afternoon. Howard began to form Wood’s and Johnson’s Divisions for attack.

Wood deployed with Hazen’s 2nd Brigade in the front with Gibson’s 1st Brigade following them and Knefler’s 3rd Brigade behind them.  Johnson deployed with Scribner’s 3rd Brigade in front and aligned with Gibson’s Brigade.  He then placed King’s 2nd Brigade following Scribner and Carlin’s 1st Brigade behind King.  The formation they were using is called a “Column of Brigades” and each Brigade should follow the other closely as to over whelm the enemy with their numbers.  The order to attack was given around 4:30pm.  Hazen moved forward, but the dense undergrowth along, with the terrain, caused the lines to come apart and become spread out.  Gibson’s Brigade did not immediately follow Hazen.  Hazen’s men drove in the Confederate pickets and started moving up the steep sided ravine.  They were attacking the left and center of Granbury’s Brigade.  They thought they were attacking the end of the Confederate line, but Cleburne had been fast enough to extend it to his right.  Hazen came under heavy fire and point blank artillery fire from Key’s Battery.  Hazen began moving left toward an old cornfield.  This movement had been anticipated by Cleburne, who had sent several regiments of Govan’s Brigade further to the right and just past Granbury, to block the Federals.  After losing over 450 men, Hazen was withdrawn and only then was Gibson put in.  He suffered a similar fate and suffered heavier losses, over 650.  Kneffler’s Brigade was finally sent in, but with the purpose to only cover Gibson’s as he withdrew and recovered the wounded. Scribner was delayed in his attack by the cavalry pickets, who held high ground across the creek.  He sent a couple of regiments to push them back and finally made it to the cornfield where he was hit by a counter attack from a reserve force that had been sent to reinforce Clerburne.  Sribner held his own for a short time before falling back as well.

The battle began to subside around 7:00pm, but skirmishing continued into the night.  Cleburne directed Granbury to make a night time assault to probe the location of the Federals and clear his front. They captured over 200 Union troops and drove back many more to their original positions.  Total Union casualties are reported as being 1732 while the Confederate casualties were reported at 448.  It was a rather lopsided victory for the Confederates.

This is my favorite battle of the campaign, I’m not sure why, but maybe because the battlefield is so well preserved and you can walk through it and really see where events took place.   I recommend going to visit the battlefield if you get a chance.  Here is a link to their website:  Pickett’s Mill State Historic Site.  They are having a special event this weekend with reenactments.  It should be a really great event.  Also, if your interested in learning of the details of the battle, check out this book:  The Battle of Pickett’s Mill, Along the Dead Line, by Brad Butkovich.