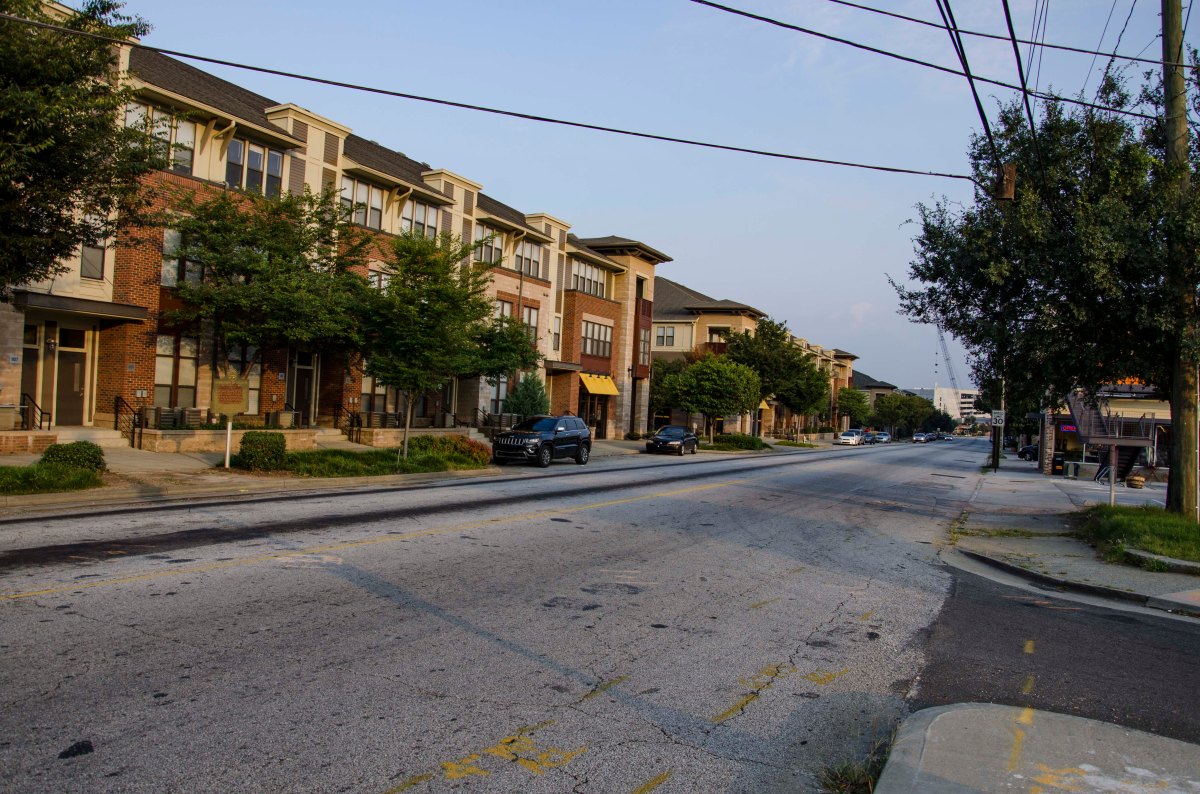 With the Confederate army gone and ensuing occupation of the Federal Army, Mayor Calhoun and a group of prominent citizens rode out of the city under a white flag of truce.  Prior to leaving they debated as to whether or not they should arm themselves, the decide wisely to go unarmed.  They ride out the Mason-Turner Ferry Road, now called Donald Lee Hollowell Parkway, where they pass through the defensive perimeter and go by the Ponder house.  They encounter a mounted patrol of Federals whom they engage in conversation.  Calhoun informs the Colonel that he would like to surrender the city to General Sherman, the Colonel states that Sherman is at Jonesboro and has Calhoun write a note to his commanding officer General Ward, surrendering the city.  Calhoun wrote the note and the Colonel and two other officers sign it affirming its validity.  The note reads as follows:

Sir:  The fortune of war has placed Atlanta in your hands.  As mayor of the city I ask protection to non-combatants and private property.

By noon Federal units have reached City Hall and hoisted their colors over the city.  Around 2:00pm, General Slocum enters the city and establishes his headquarters at the Trout House.  He sends a telegram to the Secretary of War in Washington.  The first line is “General Sherman has taken Atlanta”.

Demoralized, Hood’s troops continue their march to Love Joy’s Station to link up with Hardee.  The loss of Atlanta is a crushing blow to the Confederacy.  For Lincoln, it is a great political achievement that helps secure his spot for another term as President.