After the first Federal crossing of the Chattahoochee at Sope Creek on the afternoon of the 8th, Garrard’s Cavalry crosses at Roswell.  At dawn on the 9th, a Federal Battery provides covering fire as several companies of dismounted cavalry begin wading across the Chattahoochee at what is called the “Shallow Ford”.  It was the ford used by the Hightower Trail which was a prehistoric trading route.  They engage a small Confederate force across the river.  The Confederates are out numbered and out gunned and they quickly retreat and some surrender.  The Federals are armed with Spencer repeating rifles and are able to move and shoot quickly without stopping while they cross the river.  The battery that is providing cover fire is the Chicago Board of Trade Battery.  When Sherman learns of Garrard’s crossing of the river, he immediately dispatches Newton’s Division from its camp near Rottenwood Creek, to Roswell “double time”, to reenforce Garrard.  He also sends Dodge’s Corps to reenforce Garrard and establish a strong bridgehead for subsequent crossings.  A detachment of General McCook’s Cavalry, the 1st Tennesse Regiment (US), under the command of Colonel Brownlow, dismounted and crossed the river enforce wearing only their hats and carrying their rifle and cartridge box.

After receiving information about these crossings and size of the forces at each crossing, General Johnston orders the fall back from the River Line.  The Confederate army begins to retreat from the River Line at dusk and in the early morning hours of the 10th, they are across the river and begin to burn the Railroad bridge and the wagon bridge next to it.  They also take up their pontoon bridges and at Pace’s Ferry they cut the pontoon bridge loose hoping it will swing across the river or down stream where they can recover it.  It becomes stuck and is recovered by the Federals, but not put into use.

General Johnston establishes his Headquarters 3 miles from Atlanta, at the abandoned Dexter Niles house.  He orders that the river crossings at Pace’s Ferry and Turner’s Ferry, be heavily guarded. 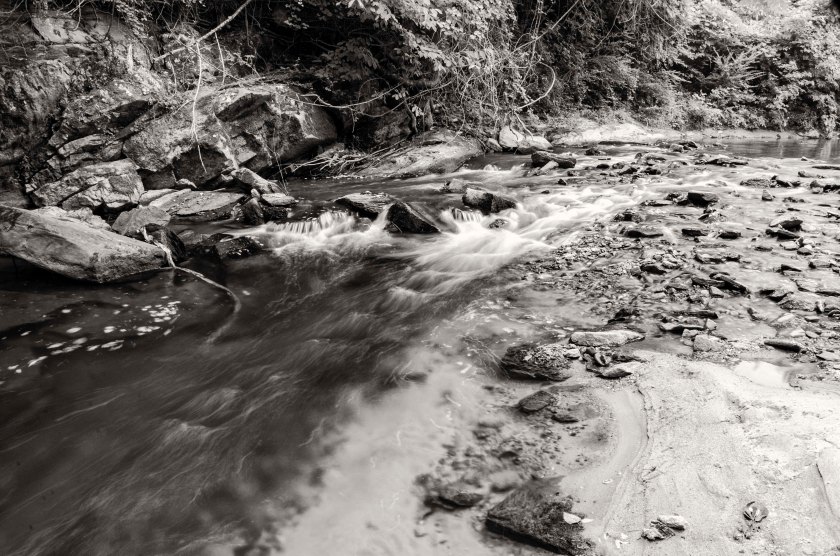