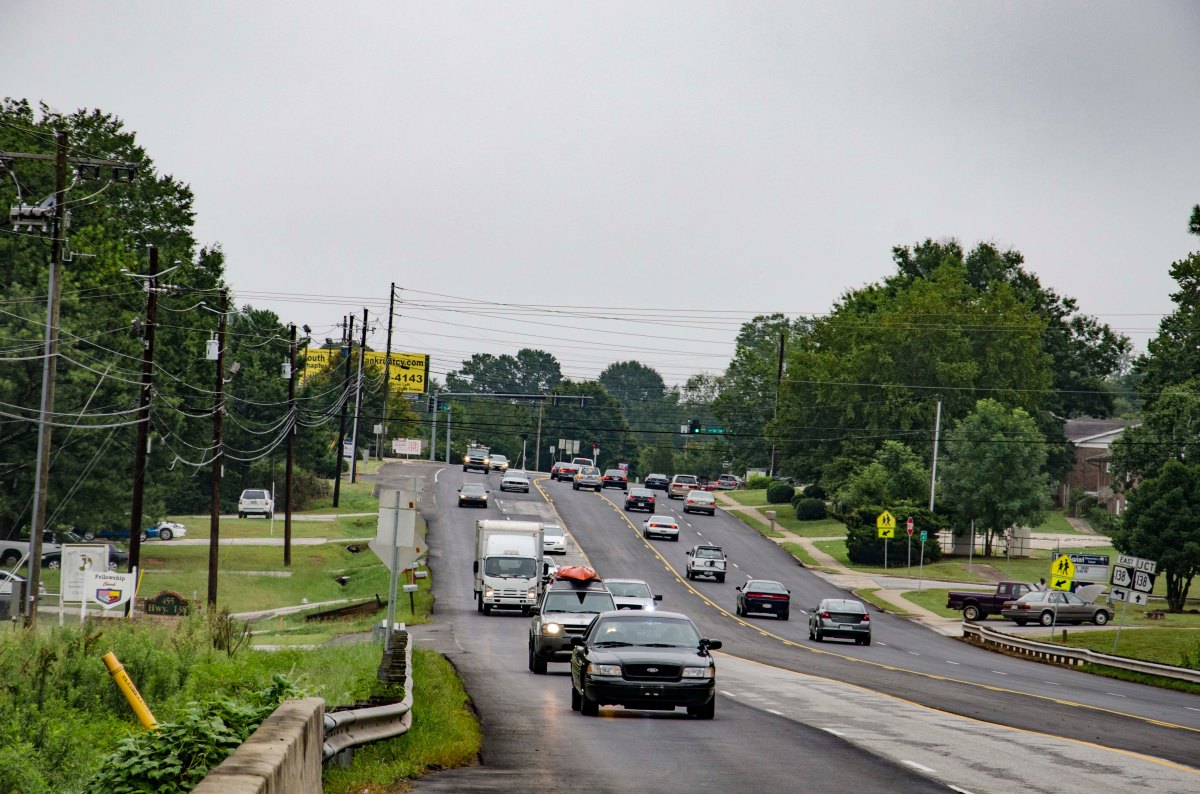 Having left the area of Red Oak and Fairburn, the Federal army advances on Jonesboro and the Western & Atlantic Railroad.  Howard’s Corps is the first one to cross the Flint River.  Howard’s troops come under fire as they approach the Flint River.  The Confederates are trying to delay them and as the retreat across the river toward Jonesboro, they set fire to the bridge.  The men of Logan’s XV Corps dash across the burning bridge, some providing cover fire and others putting out the flames and saving a usable portion of the bridge.  They purse the Confederates to the edge of the city and then fall back to high ground between the river and Jonesboro.  They dig in on the eastern side of the river in an area that is now Hynds Springs Road near the intersection of 138.

The Federal Army, having reached the West Point railroad at Red Oak and Fairburn on the previous day, spend the 29th destroying 12.5 miles of track stretching as far south as Palmetto.  They burned the ties and lay the track across them to heat them and then bend them around trees.  They fill the railroad cuts with trees, rocks, dirt, and in some cases they rig up artillery shells in the debris to explode if material is moved.  There is also a great deal of looting and pillaging of the local populace.  Livestock and food stuffs are taken along with anything the looters deem useful.  Some things are destroyed just for fun.  On the night of the 29th, Sherman issues marching orders for the next day.  In the morning they will begin moving toward Jonesboro.

The first of Sherman’s troops reach Camp Creek on the morning of the 27th.  The Federal IV Corps is moving toward Camp Creek from the area around Utoy Creek.  Hood, is increasingly concerned about the possibility of Sherman attempting a flanking movement to attack the railroad at Rough and Read (now called Mountain View, which is directly east of the Atlanta airport between I-75 and I-285) or possibly at Jonesboro.  Hood has received word from some Cavalry scouts that the Federals are massing at Camp Creek.  Hood has dispatched French on a reconnaissance to the north and west of Atlanta and he has found the Federal XX corp entrenched in the are of the railroad bridge across the Chattahoochee River.  Stewart’s and Lee’s Corps move into the empty Federal trenches and begin to reap the rewards of all the items an army leaves behind.  They find everything from food to blankets.  Hood sends Sthal’s Brigade to reinforce Hardee at East Point and instructs Jackson to have Armstrong’s Brigade of Cavalry ready to block and delay the Federals if they attempt to cross Camp Creek and move on Rough and Ready.  From the south side of Camp Creek all the way to Joneboro, Confederate Cavalry skirmished with the Federals as they advanced.  Their efforts did little to stop or slow the Federals.

General Sherman has grown impatient and restless with the siege of Atlanta and the failure of his Cavalry to destroy the Confederate supply line south of Atlanta.  He has devised a plan to sweep his entire army with the exception of one Corps, to the south west then move back east towards the railroad.  This movement will carry them though Red Oak, Fairburn, and Palmetto.  From there they will move on Jonesboro.

On the 25th, Sherman gives the order to begin the movement and late in the evening the XX Corps begins pulling back from the siege lines and moves across the Chattahoochee river.  The IV Corps moves as well.  They moved to the area that is now I-285 and Cascade Road.  They form a line of battle facing toward the north in the direction of the Confederate stronghold of Atlanta.  They will act as a rear guard to protect the remainder of the Union army as they begin their march on Jonesboro.  The IV Corps will remain in the Atlanta area during the assault on Jonesboro.  Sherman has also ordered all the surplus wagons and supplies to be moved from the siege lines and taken across the Chattahoochee where they will be guarded.

August 28th, 1864:
Around midday on the 28th, the Federal XV and XVII Corps reach the Westpoint railroad in  Fairburn and the later in the afternoon the Federal IV and XIV Corps reach the Westpoint railroad in Red Oak.  Sherman orders his troops to destroy as much of the railroad as possible so as to make it unusable and to burn the cross ties and bend the tracks so that no piece can be reused.  They are to begin immediately and continue to work all through the next day.
Hood is starting to realize the threat is on the Western and Atlantic railroad near Jonesboro.  Hood has sent Reynold’s Brigade to Jonesboro by train and they will be followed by Lewis’s Kentuckians.  Brown moves to Rough and Ready with part of Bate’s Division to protect it from possible raids coming from Red Oak or Fairburn.